Guest post by Delaney Diamond, author of The Blind Date (Giveaway and Contest, too!)


First Date: 4 Clues That He’s Into You

Remember the book He’s Just Not That Into You? I have it and read it and thought it was funny but insightful. The gist of it was, in general, if a man is into you, he’ll pursue you and you don’t have to guess whether or not he likes you. Unless he’s shy, you don’t have to do a lot of work outside of letting him know there’s mutual interest.
But what about the first date? It’s an awkward period and can be quite nerve-racking. If you like the man, you want him to like you, too. But how do you know if he does or not? I’m here to help. Check out the clues below and put your mind at ease.
1.      He dresses to impress. If a man is into you, he wants to make a good impression. Chances are he’s going to dress up, make sure the hair is looking good, and he’ll make sure he smells good, too. There aren’t too many things better than a well-dressed, good-smelling man. Am I right? In the animal kingdom, it’s the same reason male peacocks spread their feathers and frogs make those loud, croaking noises. They’re trying to impress the female of the species.
2.      Money is no object. Some men will let you know they like you by spending money. They may take you to an expensive restaurant, present you with flowers, or some such thing. It’s all part of the plan to impress you because he likes you.
3.      He seems unsure of himself. I think it’s kind of cute when a man is nervous around a woman. A little hesitancy can make a man endearing so that he doesn’t come off too cocky. If you notice your date seems nervous or knocks over the water glass because he’s staring into your eyes, he’s probably into you.
4.      He tries to extend the date. This might be one of the best clues. Let’s say your plan was to have dinner, but after dinner he wants to go for a walk. Or go dancing. Or to grab coffee at a nearby shop. Whenever a man is trying to extend the date beyond the allotted scheduled activities, watch out. He’s probably into you.

In The Blind Date, the hero, Ryan, displayed all four clues to my heroine, Shawna. They ended up having an unforgettable night six years ago, but when they meet again, things don’t go so well because Ryan hadn’t been completely honest with her when they first met.
What do you think of this list? Or tell me in the comments other clues that indicate when a man is into you. 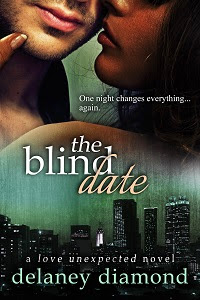 Blurb
One night changes everything . . . again.
Years ago, when Ryan Stewart saw Shawna Ferguson, it was love at first sight. Unfortunately, he wasn’t a free man, and his deception caused him to lose her after a weekend that changed his life.
When Shawna’s sister and brother-in-law set her up on a blind date, she has no idea it’s with Ryan, with whom she’d spent a weekend she wishes she could forget. She reluctantly agrees to finish the date with him, but doing so leaves her vulnerable to his charms and the heat he ignited in her that very first night.

Excerpt
When Shawna entered the restaurant, smiling staff welcomed her with a “Bienvenue!” She told the hostess she had a reservation and gave her the name of the person with whom she had the meeting. “Roger James.”
“Your party’s already here.” The brunette smiled, and her gaze drifted to the interior wall, outside Shawna’s line of vision.
Shawna pasted a smile on her face and stepped forward to get a good look. That’s when her date stepped from the dim interior into the better-lit entryway.
Her smile froze in place and her body became as stiff as a corpse.
It wasn’t that her date was unattractive. Oh no, he didn’t suffer from a deficiency in looks at all. In fact, he was sexy. Hella sexy. Even more sexy than the last time she’d seen him, though a bit underdressed in a pair of jeans and a button-down shirt with the sleeves rolled up to reveal rugged arms dusted with fine hair. Wisps of dark hair, which she knew from firsthand experience were soft, brushed the collar of his striped shirt.
She pressed her palm to her chest in a futile attempt to control the erratic beat of her heart. Unfortunately, her brain had gone into overdrive, reminding her of unbridled passion in Chicago six years ago when she’d fallen into bed with this man.
She’d never forgotten the two torrid nights they’d spent together where the intimacies they shared had left her breathless and exhausted in his arms. Every caress of his lips and touch of his rough, work-worn hands was seared into her brain. And she could never, ever forget what it felt like to have the dark stubble shadowing his jaw graze the sensitive spot on her neck—or the skin of her inner thigh.
Her knees weakened at the thought.
A corner of his lips did a slow slant upward, and Shawna tore her eyes away from the invitation in them to stare into a pair of amazing blue eyes that rooted her in place.
“Hello, Shawna.” The mellow sound of his voice greeted her as he approached. He exuded a confidence and casual virility not present during their first introduction. Back then, he’d been a little less sure of himself, though very charming.
The sound of her name on his tongue sent a tremor through every cell of her body. “Ryan.” She whispered his name in disbelief because his name wasn’t Roger James, and he wasn’t a stranger. She’d hoped never to set eyes on this man again.
“It’s good to see you, love.”
Shocked out of her reverie by the affectionate word, rage erupted inside of Shawna. She hadn’t seen him since that day in Chicago when her heart had shattered into a thousand pieces. She did what she hadn’t been able to do back then.
She hauled back and slapped him.

Get it now for FREE until October 7, 2013: Amazon
Contest information:
Not only is Delaney Diamond giving away a free copy of her book, she’s having a contest!
Prize: Winners choice of four (4) of the following items: (1) Delaney Diamond T-shirt in large or extra large (2) Delaney Diamond two-tone tote bag (3) $20 gift card to Amazon or Barnes & Noble (4) Delaney Diamond keychain (5) an autographed copy of Hot Latin Men Vol. I (6) an autographed copy of Hot Latin Men Vol. II (7) four bookmarks with Delaney Diamond book covers.
Eligibility: You must be a subscriber to Delaney’s blog. Prizes open to U.S. and international entrants.
How to enter: Correctly match each blog on her tour with its description. Visit the contest post on her website for the details.
Deadline to enter: October 13, 2013 at 11:59 pm EST
Winners will be notified by email and announced on the contest post on her website.

Bio:
Delaney Diamond writes sweet and sensual romance novels and is the site manager of Romance Novels in Color, where diversity in romance in celebrated. When she's not reading or writing she's trying out new recipes or traveling to an interesting locale. Find free reads and the first chapter of all her books at www.delaneydiamond.com.

By Martin Carter, Guyana in Voiceprint

"A man with too much ambition cannot sleep in peace." 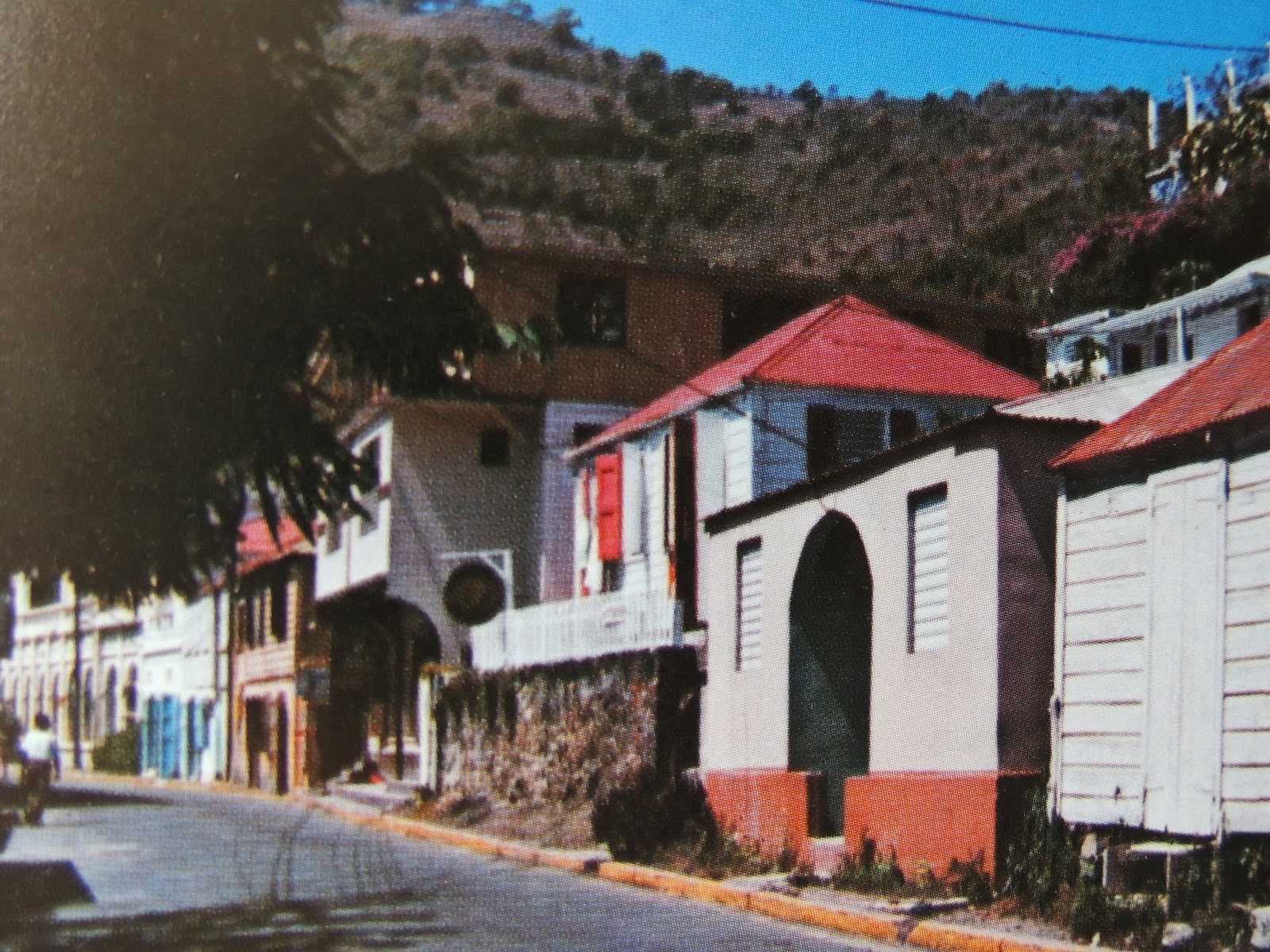 Some of the songs in Jamaica Dreaming...

Buju Banton - One to One

Maxi Priest - I Want to Be Close to You

More of the sights and scenes from our 2013 Emancipation Festival Parade, 2013. 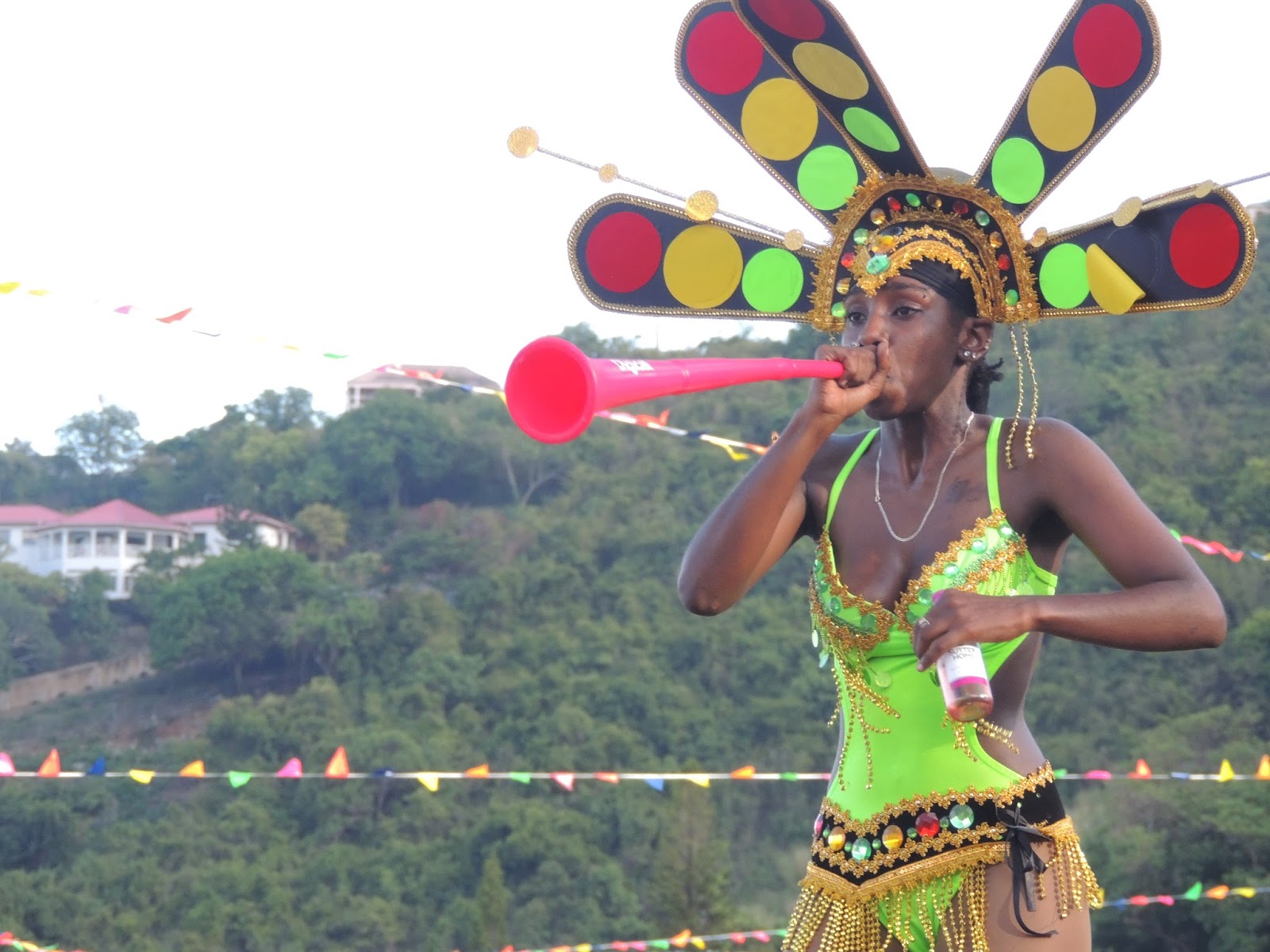 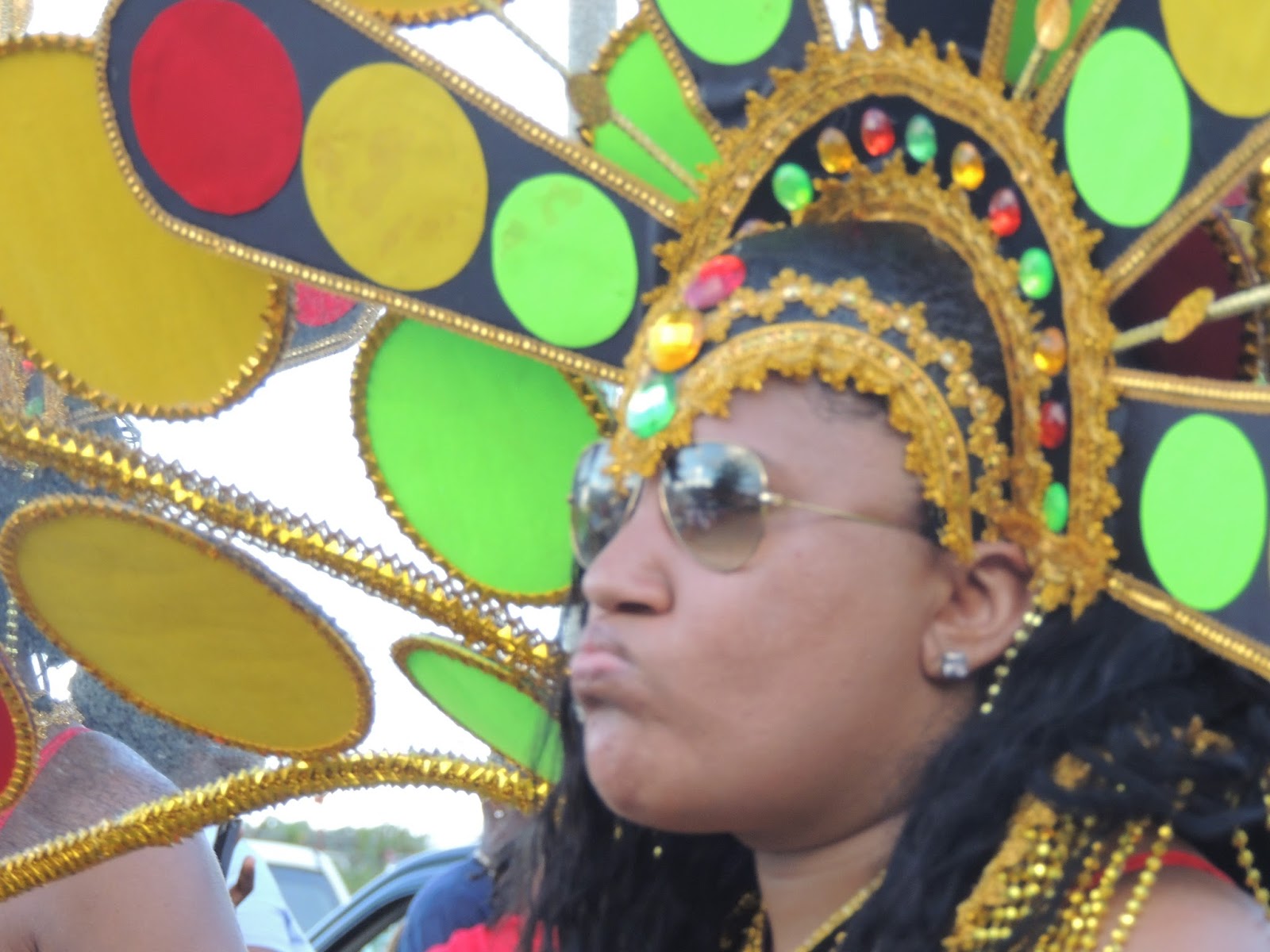 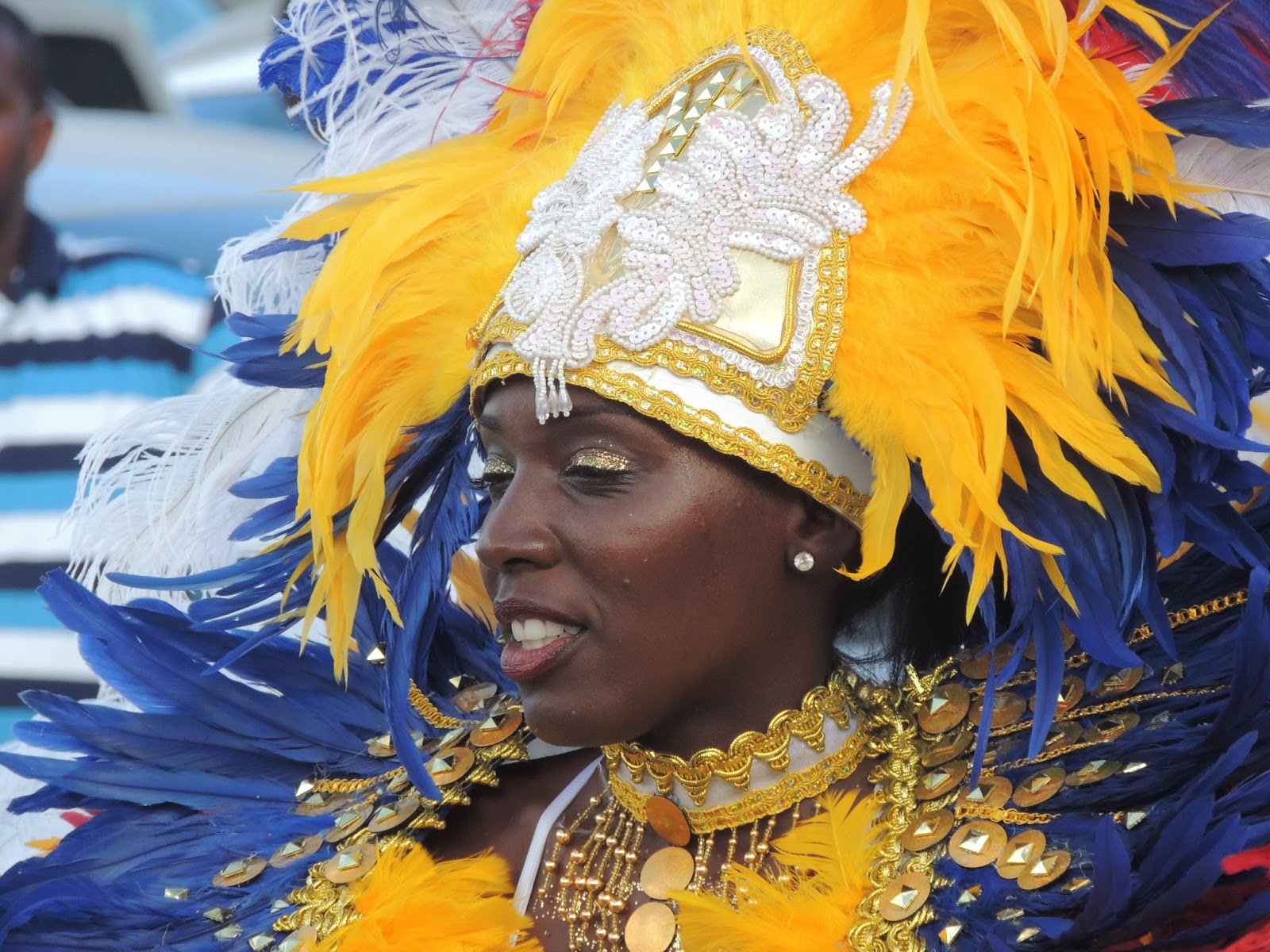 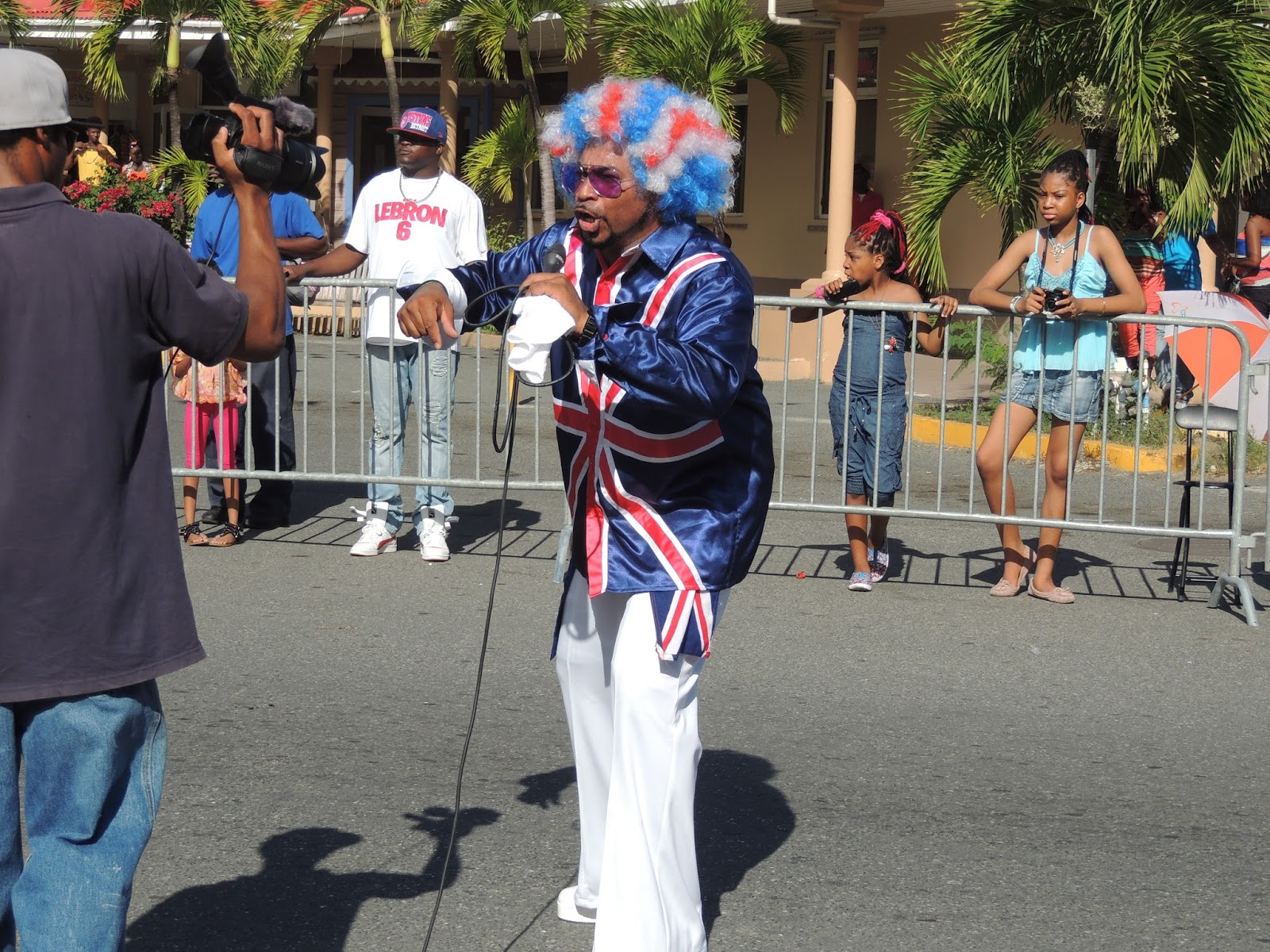 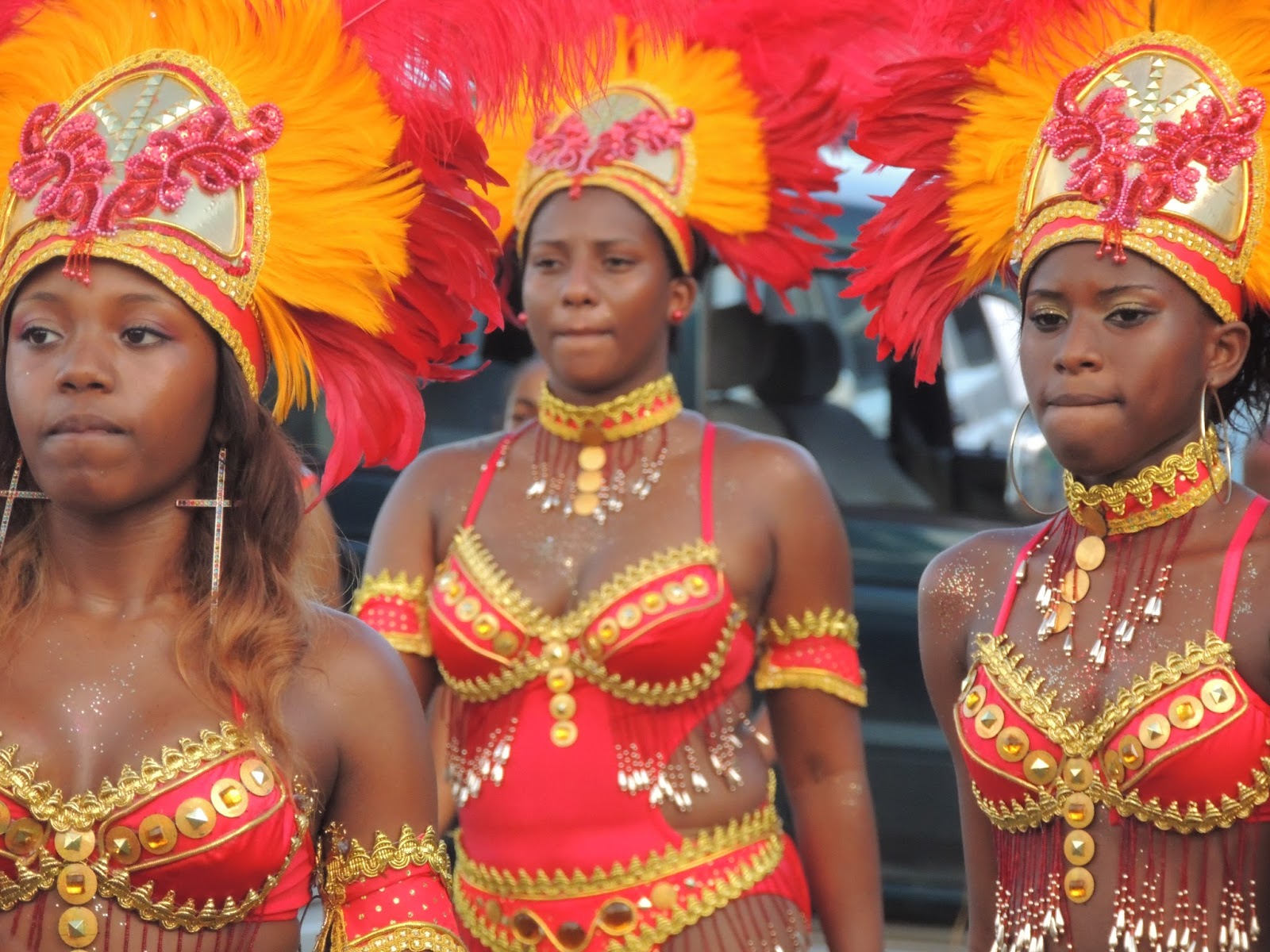 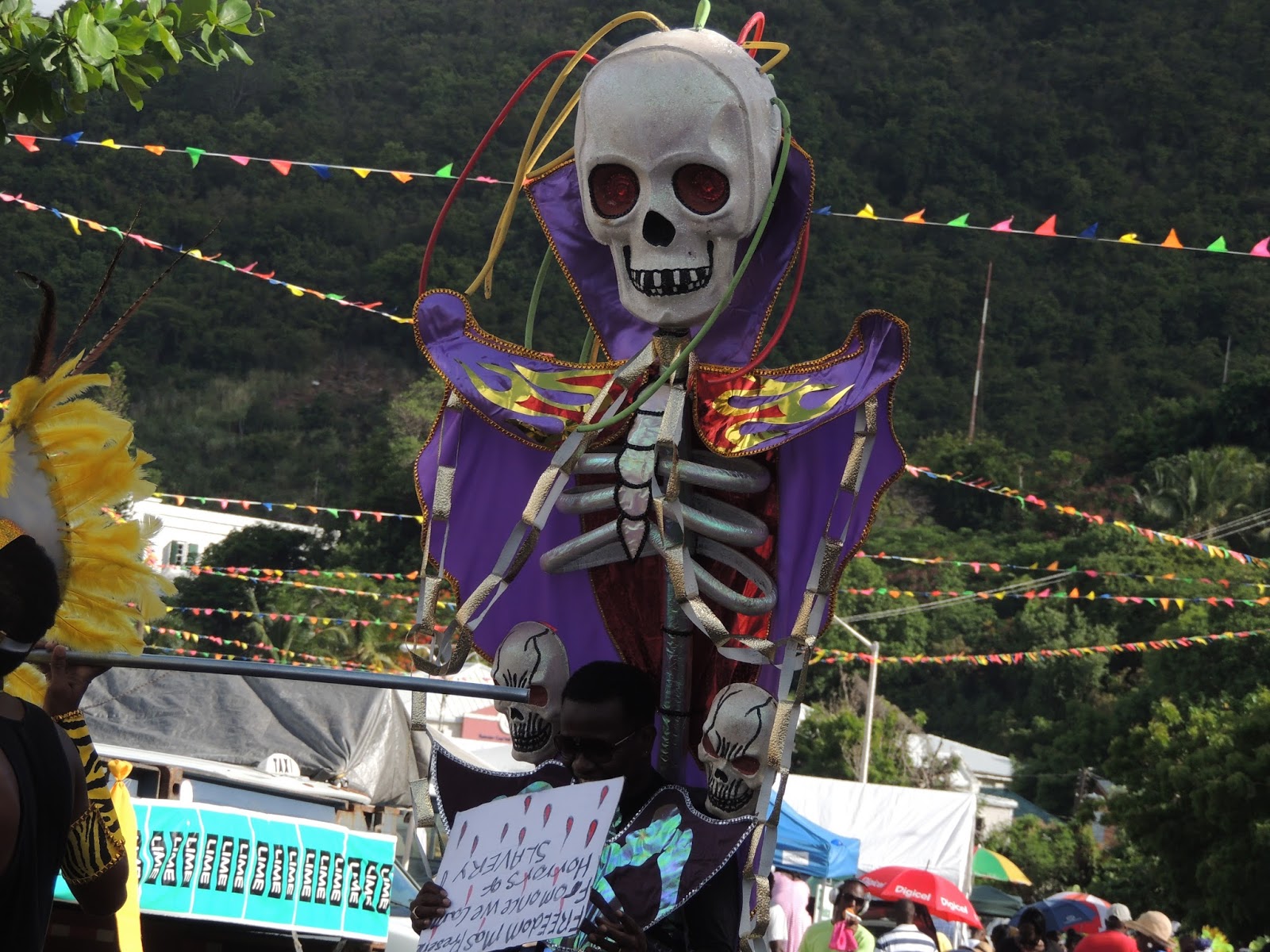 Eugenia O'Neal
Hi! My latest book, Storm Warning, is now available from Amazon. I'm also the author of four novels, The Water of Sunlight, Jessamine, Dido's Prize, and Just an Affair, and of the non-fictional, From the Field to the Legislature: A History of Women in the Virgin Islands. A few of my short stories have been published in The Caribbean Writer and other regional publications. Shoot me an email at onealeugenia [at] gmail [dot] com